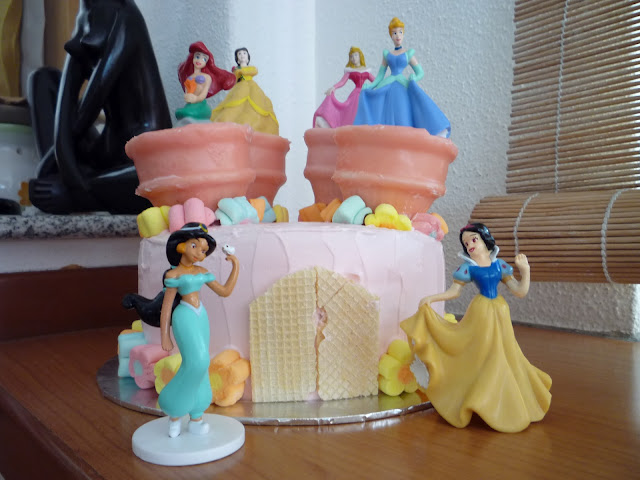 I intend to bake a black forest cake for my friend S which is her favourite cake. I have phobia on baking sponge cake as the 3 times I baked, only 1 time had success because I always over folded the batter and caused the cake to be deflated. I have to throw away the failed cake although my helper helped me to finish the partial cake as she claimed that the cake is still nice although the texture is more dense.

I have no confidence to bake sponge cake until I saw the chocolate sponge cake in Kitchen Corner. I was attracted by how spongy the cake is when she pressed on the cake. And she had mentioned that the method from the video clip was quite simple as she do not need to fold in the flour gently and carefully which this is the step that I always failed. So I decided to give the recipe a try and the cake was baked successfully. Although the cake’s appearance doesn’t look as good as Kitchen Corner but I was very happy with the result. The cake was so spongy and I have fun pressing it. 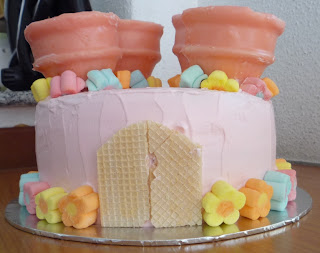 I have to change my plan because after saw the picture of the Princess Castle Cake that I have baked for my daughter, S had kept asking me whether can make one for her during her birthday as she never has a Princess Cake before.
I have phobia due to the bad experiences encountered during baking the Princess Castle Cake for my daughter, thus I was really hesitated to bake one for S. But I want to grant S’s wish as well so I came out this simple castle cake which I do not need to spend as much times and effort as my previous although this cake also took up a lot of my time to assemble it.


S was super happy and went around showing people of her 1st Princess Castle Cake. 

Ingredients list for the Chocolate Sponge Cake is from Kitchen Corner and the method was translated from the
Posted by Bakericious at 5:55 AM