Chocolate Ice-Cream Cake with Brownie Base 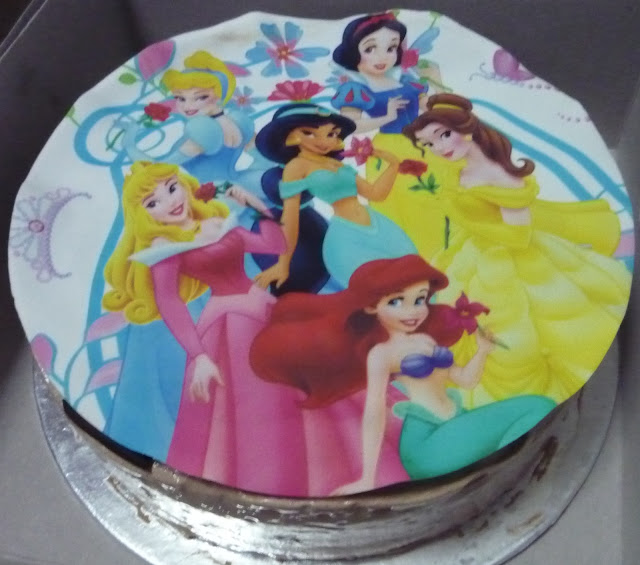 I was cracking my head on what birthday cake to bake for my dear husband's youngest niece although have checked with SIL and know that she likes chocolate cake. But there are so many types of chocolate cakes, what exactly should I bake for her.

I do not intend to make any sponge cake to sandwich the ice cream cos I know the kids well, they will just eat the ice cream and leave the cake behind. Thus, I decided that I should just make a base for the ice cream and I was thinking to make a change instead of using the bisuit base, I should use a brownie as base. 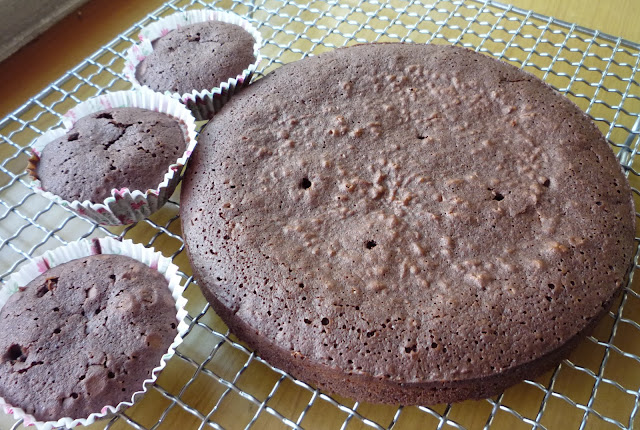 I am lousy at decorating the cake, thus when I have chance to get the princess edible icing image, I decided to use it instead of cracking my head on how to decorate the cake.
I was not sure will the edible icing image be able to stick to the ice-cream, thus I decided I should add a layer of chocolate ganache so that the edible icing image can be easily stick to the chocolate ganache.
However I was left with less than 1/2 hr to get it done so everything was in mess. I didn't add enough whipping cream so the chocolate ganache was so thick and also insufficient to cover the whole cake and also created an uneven surface. And worst is, the icing image is slightly bigger than the ice cream cake that I have no time to trim it. Anyway I was quite dishearten with the final product, my conclusion is never do at last min again :(


I also dun have much chance to take the pictures of the cake , I only managed to take a few shots when the guests were busy eating dinner at my dining hall.

Luckily my SIL had bought a birthday cake as she didn't recieve my sms on telling her that I will bake the birthday cake. I really count myself lucky as I was too paisei to present the "failure" cake infront of so many people. So the ice-cream cake that I made will let niece bring back home instead. 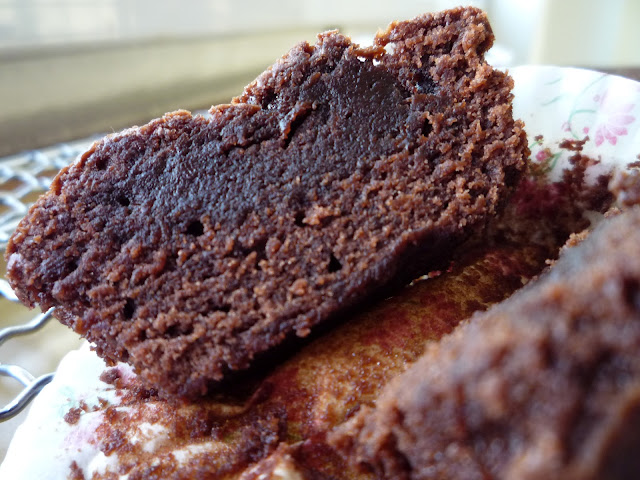 I used the brownie recipe from KC forum and halve from the recipe since I just need a smaller amount as cake base.

I have halved the above ingredients and used 2 small eggs for 7" cake base and 3 cupcakes.

Methods
1. Preheat oven to 180C.
2. Brush a 7" cake tin with melted butter/oil and line the base with baking paper, extending over the two long sides.
3. Double boil butter and dark chocolate till melted, add in sugar and mix well. Remove the bowl of mixture and cool it slightly.
4. Add in eggs, one at a time and mix thoroughly with each addition. Add in vanilla essence and mix well.
5. Add in sifted flour and cocoa powder. Mix well.
6. Pour mixture into the prepared pan and bake for 20 minutes.


The chocolate Ice-Cream recipe is adapted from Yummy Cold Desserts Made Easy 冷冻甜品 by Kelly Tang. I was afraid that the chocolate ice-cream will taste too bland so I trying to be smart to add in some rum but instead of the initial though of 1 tsp of rum, I used the wrong spoon so ended up to be 1 tbsp.

Method :
1. Beat A until sugar dissolved and pale.
2. Add in B, double boiled until chocolate melted. Remove from heat and leave it to cool
3. Add in gelatin solution and mix well.
4. Whisk D until stiff, add in the chocolate mixture and mix well.
5. Stir in E and mix well, add in F.
6. Pour in to the cake tin and chill overnight or until set

Verdict?
The brownie is really moist and chewy, definately will bake again to let my friends have a taste of it.
I have left some chocolate ice-cream to try, it tasted quite nice but the rum might be a bit too strong, hope the rum taste won't turn niece away :P
Posted by Bakericious at 11:04 PM