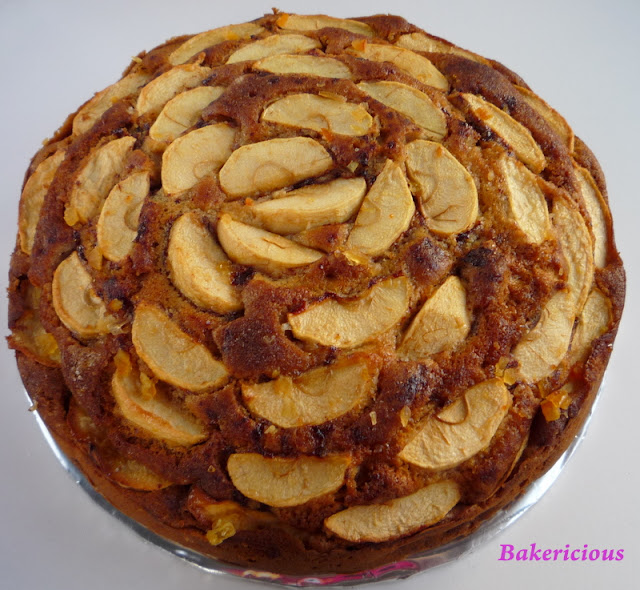 I have a lot of apples that bought for more than a week, normally dear daughter can clear the stock fast (she can eat as many as 3 apples per day if we didn't stop her) but dunno why she seems to lost interest on apples during last week. Since I am baking a cake for her kindergarten teachers, so must well bake an apple cake to clear off those apples.

There are many apple cakes recipes in my folder but I finally decided to bake this apple cinnamon cake from Anncoo. As I do not have walnut at home, I used another recipe for the crumble topping instead. 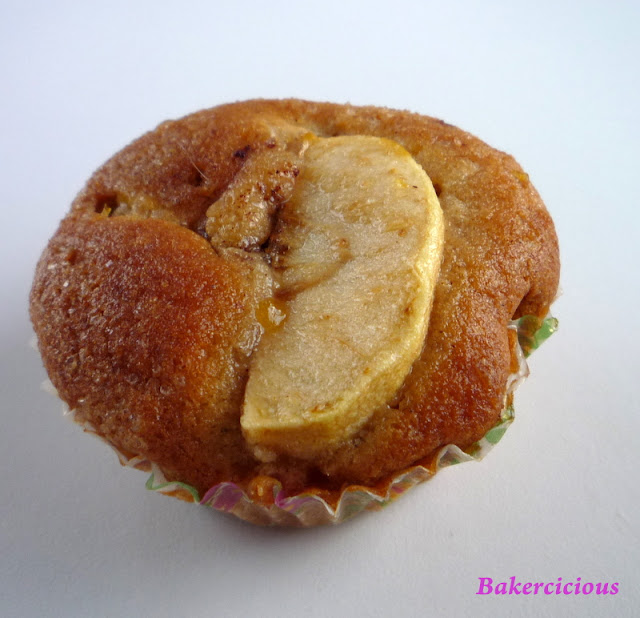 My original plan was to bake the cake on the night before dear daughter bringing it to school. However, I dozed off (which happen all the time :P) while tugged dear daughter to sleep. The next moment I woke up, it was near 6am and school bus pick up time is 7.40am which I had tight timeline to complete the cake.

At that moment, how I wish that someone is there to give me some helps so that can fasten the process but as it was still early, I do not wanna wake my helper up. So I was like crazy woman with messy hair, half close eyes and half awake mind trying to multi-task by preparing and measuring the ingredients, beating the batter, slicing the apples etc at the same time.


Luckily the cake was done before expecting time, I was still able to let the cake cool a bit and took some photos (which I thought I have to skip the photo taking, phew!) before packing to the cake box.

When dear daughter saw the cake, she asked me "Mummy, this is the cake for teachers? Why so ugly!" My smiling face just fade away, I asked her is it really ugly. Guess she can read my disappointment so she used consoling tone "Because the cake is black! But actually, after seeing it again, the cake is quite pretty lah." She is always so diplomatic, even how she dislike my bakes, she will force herself to eat a bit to entertain me and tell me the bake is nice. 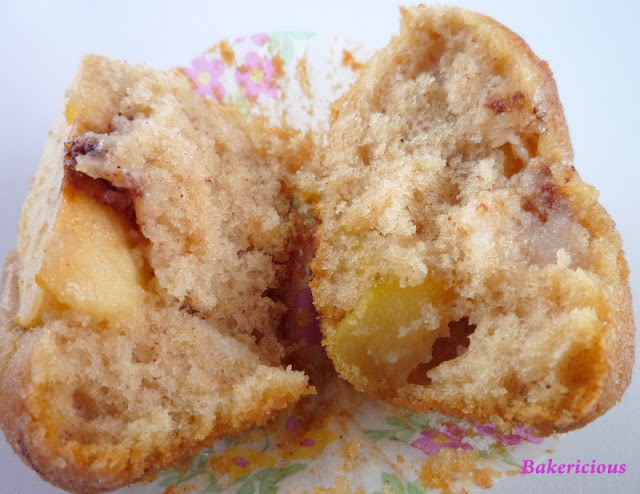 Methods:
1. Sift all the dry ingredients together.
2. In mixing bowl, cream butter and sugar till light and fluffy then add in whipping cream, continue to beat till light.
3. Then add in vanilla flavor and eggs one at a time.
4. Scrape bowl and add the flour ingredients, mix well.
5. Add in all chopped apples and use a rubber spatula to fold well and pour into a 8"round lined cake tin.
6. Lightly toss all the topping ingredients evenly. Arrange sliced apples on top of the cake.
7. Bake in preheated oven 180C and bake at about 50 mins or until skewer comes out clean when test.
8. Removed from oven. Let it cool for 10 minutes in the pan and then turn it out on the cooling rack.
9. Brush the orange marmalade mixture all over the top of the cake.

Verdict?
The cake is soft and moist, delicious as what Ann has claimed. And I totally agree with her that the aroma of the cinnamon is so strong during the baking that left the whole house so fragrant and I kept deep breathing to inhale the nice aroma. Although I don't really fancy cinnamon but the fragrant and taste of this cake bought me over. I love the sweet cinnamon apple topping too, crunchiness from the apple slices and sugar, fragrant from the cinnamon has added extra flavour. However the cake is very sweet, even dear husband also shared the same comment. Probably the cake is sweet by itself and combine with the sweet crumbly topping has doubled up the sweetness. I will definitely bake this cake again but will use the original crumbly topping from Ann's recipe.
Posted by Bakericious at 10:00 AM