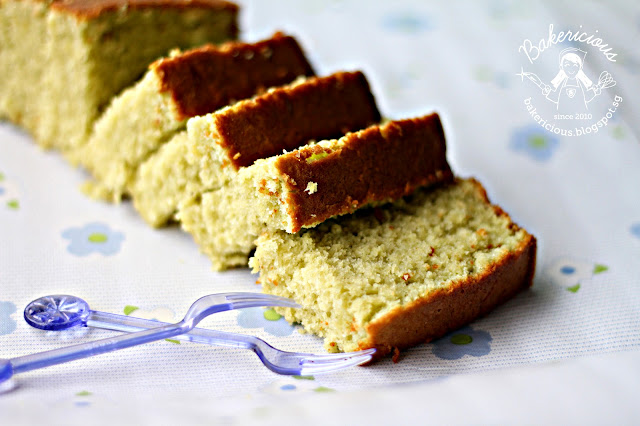 I like all sorts of pandan cake, be it pandan chiffon or pandan butter cake. When I spotted this cocopandan cake from Table for 2 or more, there is no doubt at all for me to bake one since I cannot resist pandan cake.

As usually, I didn't bake it immediately, it took me more than a year before I finally have chance to make it happened lol. 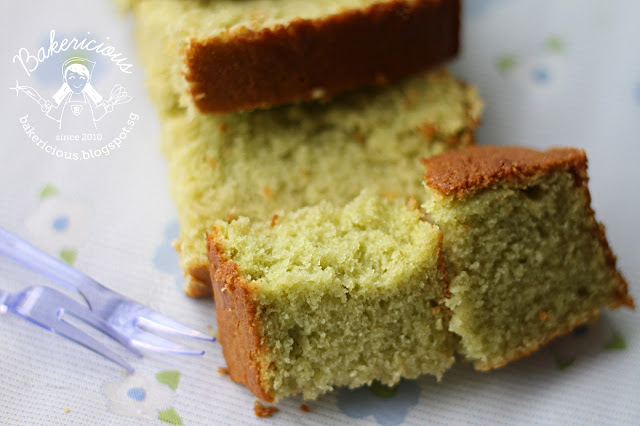 Initially I thought of using coconut milk to replace the evaporated milk but finally decided to follow exactly from the recipe to try the original taste. 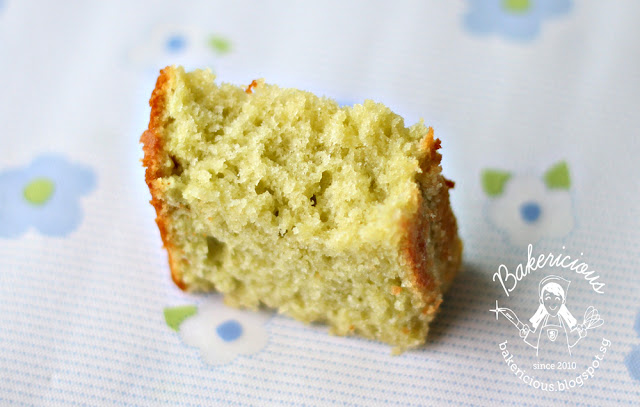 * I used 8 pandan leaves and blend with water, left the juice in the fridge for 3 days to get the concentrated pandan juice. The total amount of thick layer of pandan extract and the upper layer of diluted pandan juice added up to be 185ml.

Method :
1. Preheat oven at 160C. Line and grease the cake pan.
2. Combine milk with pandan juice and set a side.
3. Beat (B) until stiff peaks form and set aside.
4. With the same beaters, beat butter and sugar until light and fluffy.  Add in egg yolks, one at a time, beating well and scrape the bowl after each addition.
5. Put in 1/2 portion of step 2 and beat until well combined. Put in 1/2 portion of flour and mix.
6. Put in balance of step 2 and mix, fold in the balance of flour and mix well.
7. Add in dessicated coconut and mix well.
8. Fold in beaten egg whites in additions.
9. Pour batter into the prepared pan and bake for about 50 mins or until the skewer comes out clean.

Verdict?
The outer layer of the cake is a bit hard, I must have over baked the cake. The inner texture of the cake is soft and moist with the bites of dessicated coconut really delicious. The sweetness is alright for me but the sugar still can be increased a bit e.g. another 10g. Next time, I am going to try it again by using coconut milk instead.
Posted by Bakericious at 9:57 AM