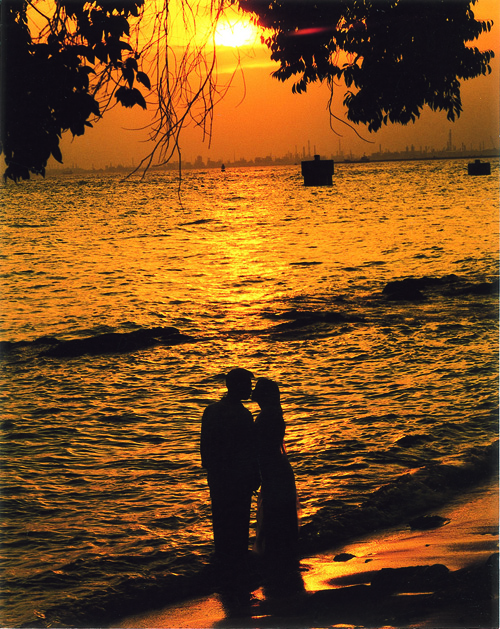 If not because of Jessie blogging about her wedding anniversary, I nearly forgot about mine lol. Actually I am also too late to blog about it since my anniversary was over for a few days :P. Times flies, I already married for 12 years (my R.O.M was exactly a year before my customary wedding).

Jessie asked whether she has any chance to see my wedding photos, initially was too shy to show but since she asked liao so must at least show something to her :P. So I decided to post up 2 photos that can't see my face too clearly, not as pretty as Jessie so better do some hiding hahaha....I guess you might not be interested to view as well since such old photos :P. Well, perhaps next time if there is a chance, I will showcase the rest.

The photo quality is not good since I have to scan from hard copy, the samples that given back by the studio. There was no digital copy for studio shooting during my time, revealed my era again lol. 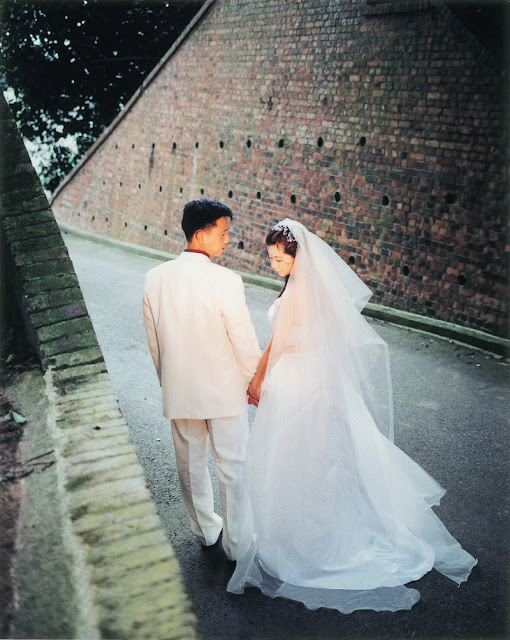 Alright, enough of 献丑, now back to my bake. 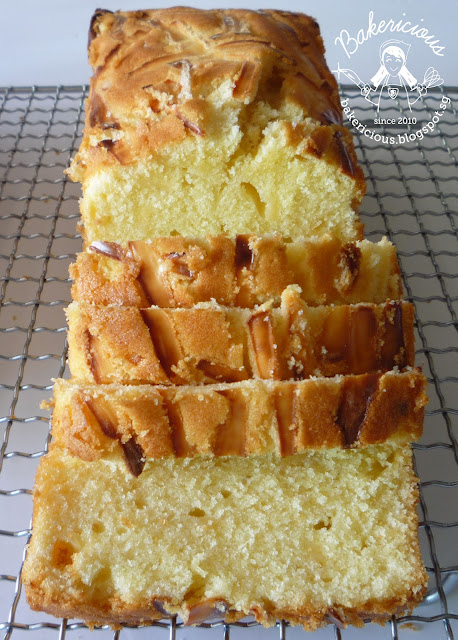 This cake was baked so long ago that I nearly forgot about it, hesitated whether to post it up since so "old" but decided to go ahead to document down all my bakes if possible, be it nice or not, fail or success since this is a platform for me to refer on all my bakes and cooking. 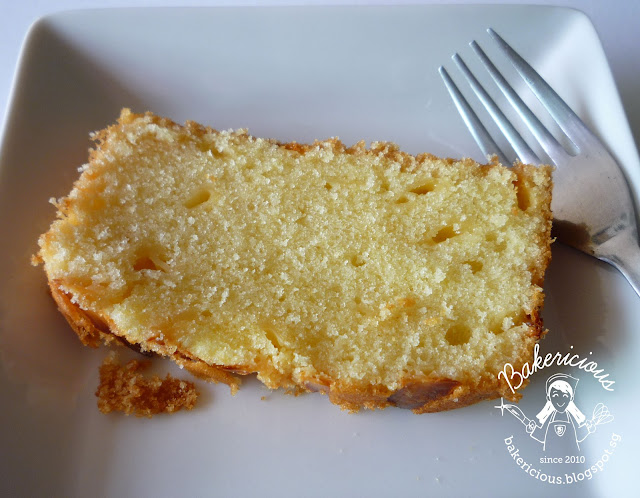 Recipe adapted from Passionate About Baking.

Method:
1. Cream butter and sugar till light and fluffy.
2. Add eggs one at a time and mix till incorporated.
3. Add cheddar cheese and mix till well combined.
4. Add vanilla extract and mix well.
5. Sift flour and baking powder together.
6. Add 1/3 of the flour into the mixture, followed by milk. Alternate flour and milk and end with flour. Mix till incorporated.
7. Pour into a loaf pan and sprinkle some cheddar cheese on top.
8. Bake at 180C (160C fan oven) for 55mins.

Verdict?
The cake is soft and moist, salty sweet and full of cheesy fragrance, really nice. All my colleagues likes the cake, IK (gave a loaf to her for helping me to queue to buy bak kwa (Chinese-style pork jerky) said her cake finished within 2 days. I much more prefer this recipe compared to another one that I tried before.

Posted by Bakericious at 9:20 AM