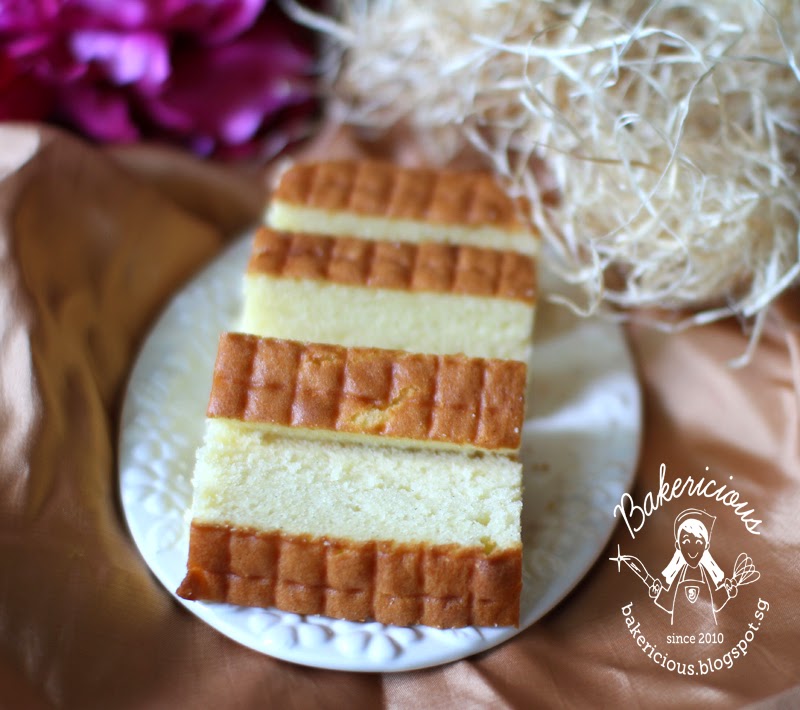 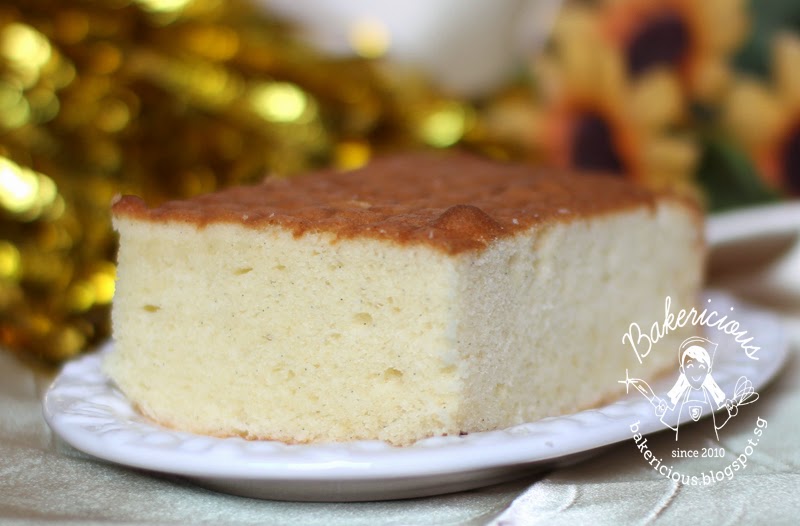 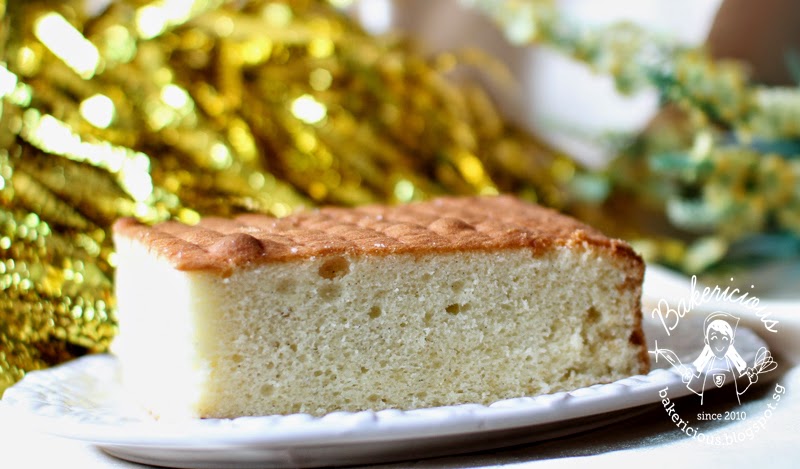 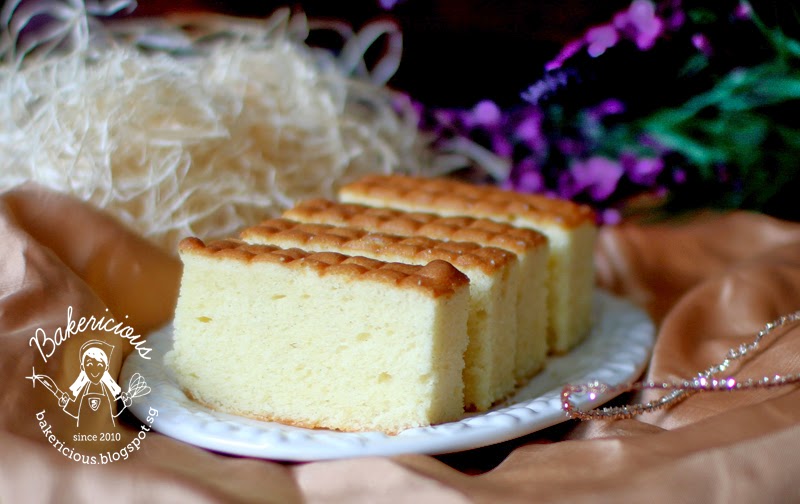 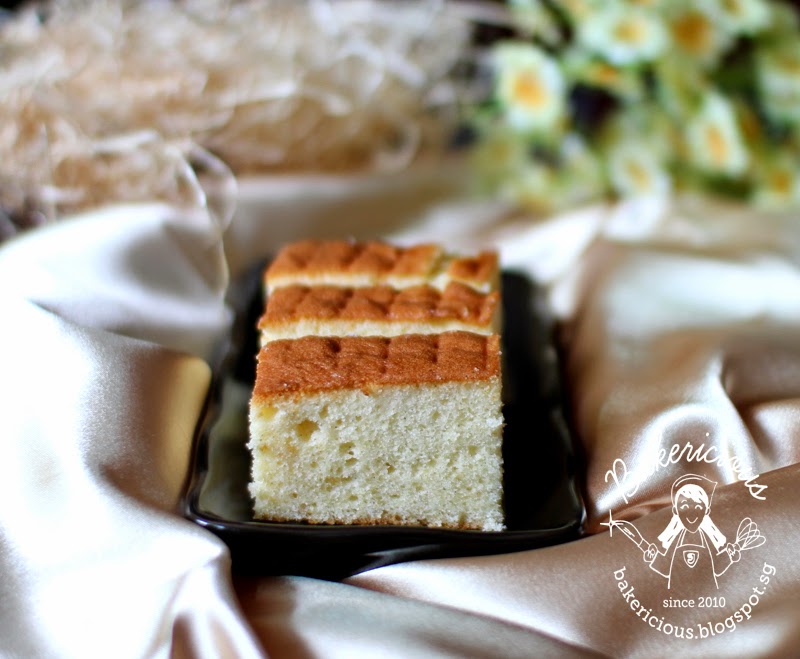 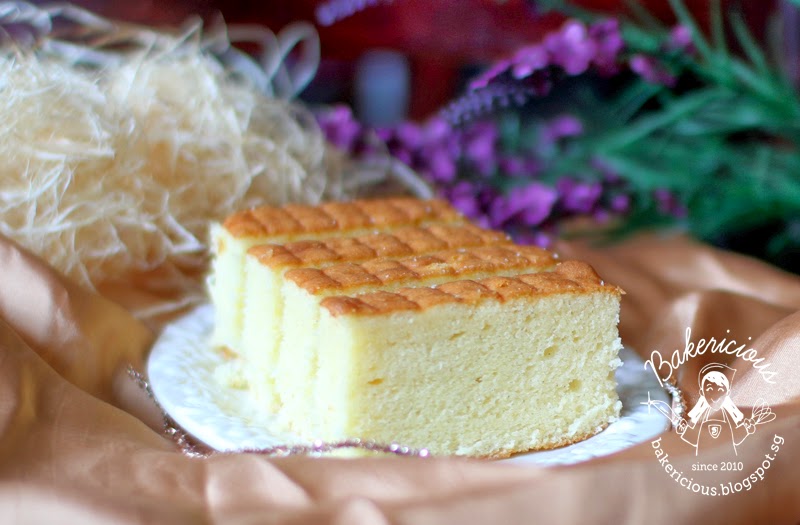 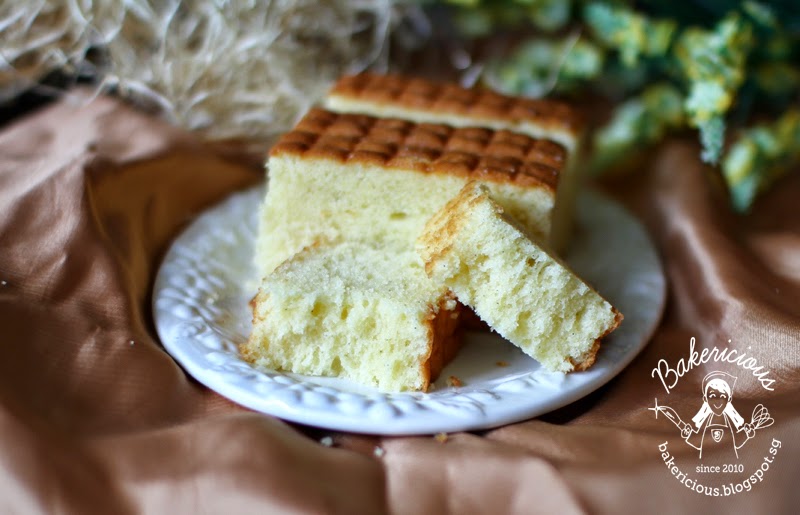 My super busy days starting again, my co worker has gone for maternity leaves, she had early labour thus got everyone off-guard.

Anyway posting this up to catch the Little Thumb Up event. This bake was quite sometimes ago, when I was craving for fine and velvety texture of butter cake. 1st came in my mind was Mrs NgSK butter cake that I had baked before that was so popular in blogosphere, this rum butter cake was baked way before Marble Butter Cake that adapted from Mrs NgSK butter cake


While in the midst of baking, I remember there is this rum butter cake featured in one of the baking books that I read from library that ever trigger my interested, can't recall which baking book now though. Thus, I decided to add in 1 tbps of rum to try out in last min.

I reduced 50g of sugar from the original recipe, the sweetness is just nice for me. However if you have sweet tooth, you may want to increase the sugar to suit your taste.

Method :
1. Prepare a 8 inch square pan. Line the base and grease the sides (greasing helps the cake’s sides to rise)
2. Separate the eggs, and place the whites into a medium sized bowl. Beat egg whites until soft peaks, gradually add 50gm sugar and and beat until stiff. Set aside.
3. Cream butter and 100gm sugar until pale and fluffy. Scrape the vanilla seeds and and beat for a while. Put in egg yolks one by one and beat well after each addition.
4. Put in half the flour and mix on low speed until incorporated. Put in milk and rum in 2 additions and mix until well incorporated. Mix in balance of flour.
5. Put half the egg whites in and mix on low speed. Pour the balance of egg whites in and FOLD.
6. Pour batter into pan and level. Bake in preheated oven at 170C with a small bowl of hot water for 40 minutes or until skewer comes out clean.
7. Cover the cake with aluminium foil 20 mins after baking and remove it 5 mins before baking time.
7. Remove from oven and invert to cool completely before unmoulding.

Verdict?
The cake is soft and fine texture with hint of rum taste, not oily at all. I used lurpak butter but I can't really taste very strong buttery taste than other butter e.g. SCS, golden churn that I have used, probably the buttery taste cover by the rum? Nevertheless it is still a delicious cake and with the added rum, given the cake a different dimension. Next time I will probably try other liquor, e.g. baileys or kahlua :D. 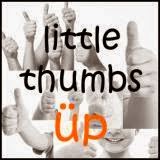 I am submitting this post to Little Thumbs Up May 2014 - Milk host by Ah Tze of Away of Mind, organized by Zoe@ Bake For Happy Kids and Mui Mui @ My Little Favourites DIY.
Posted by Bakericious at 9:16 AM