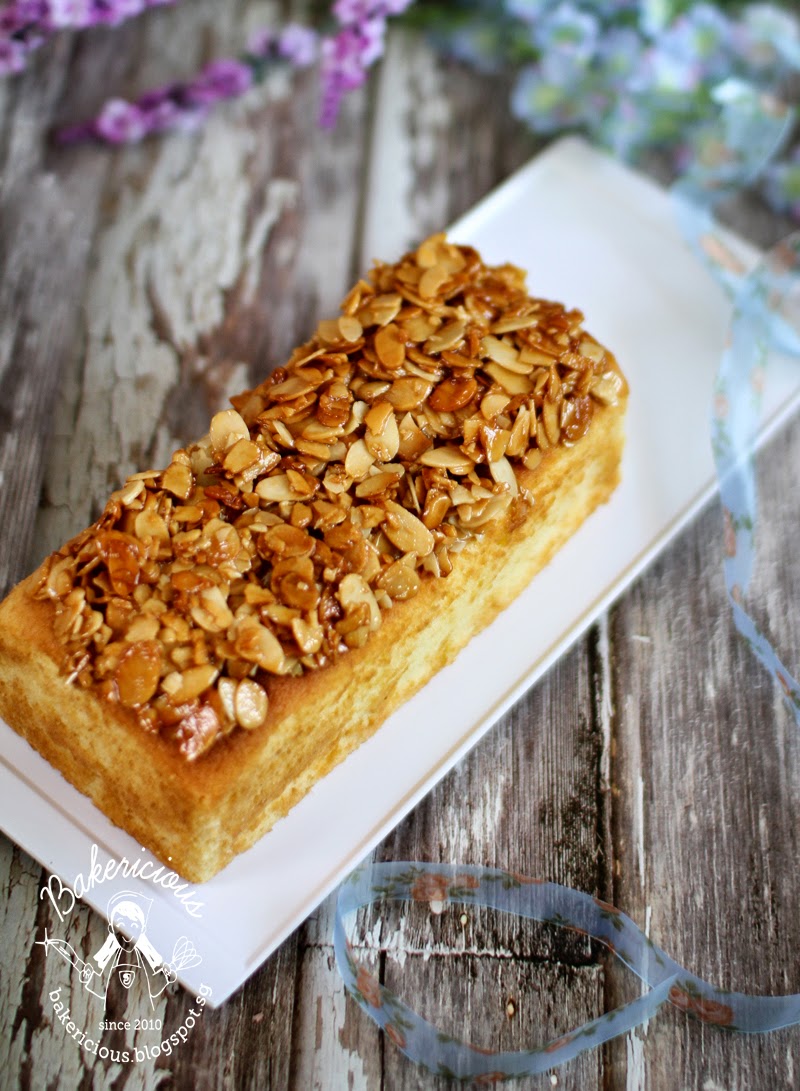 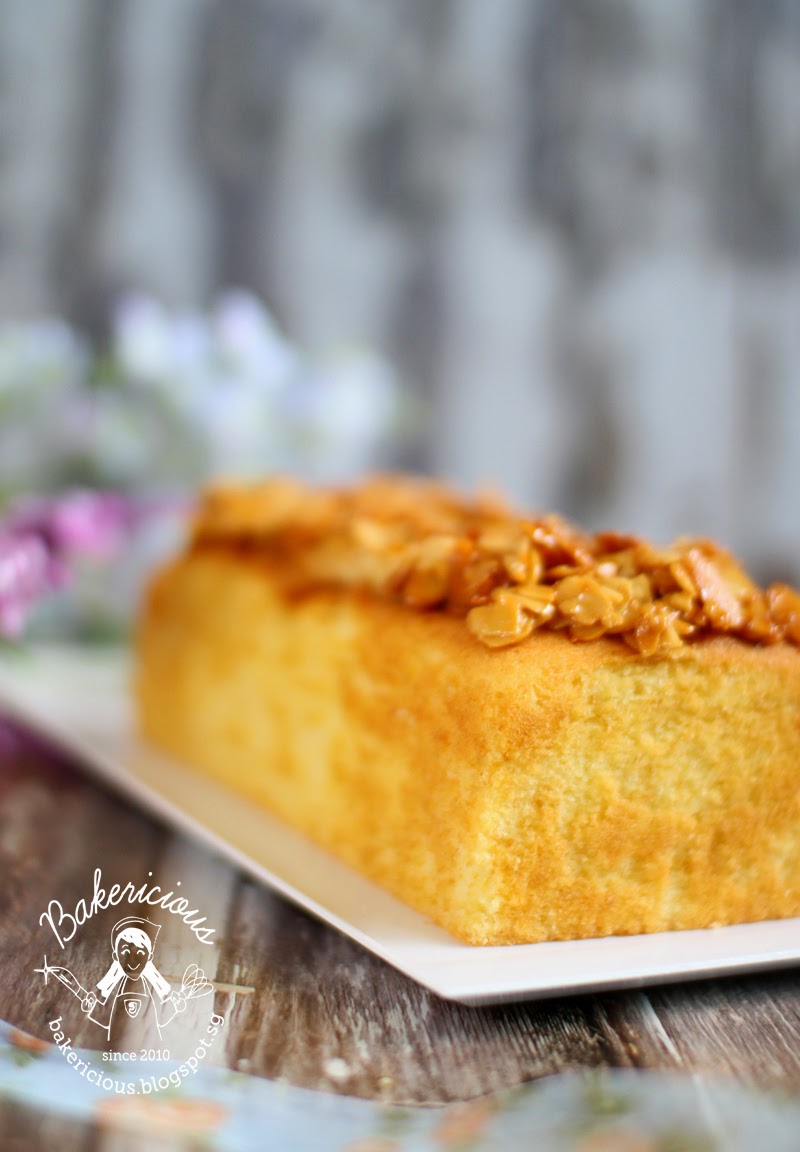 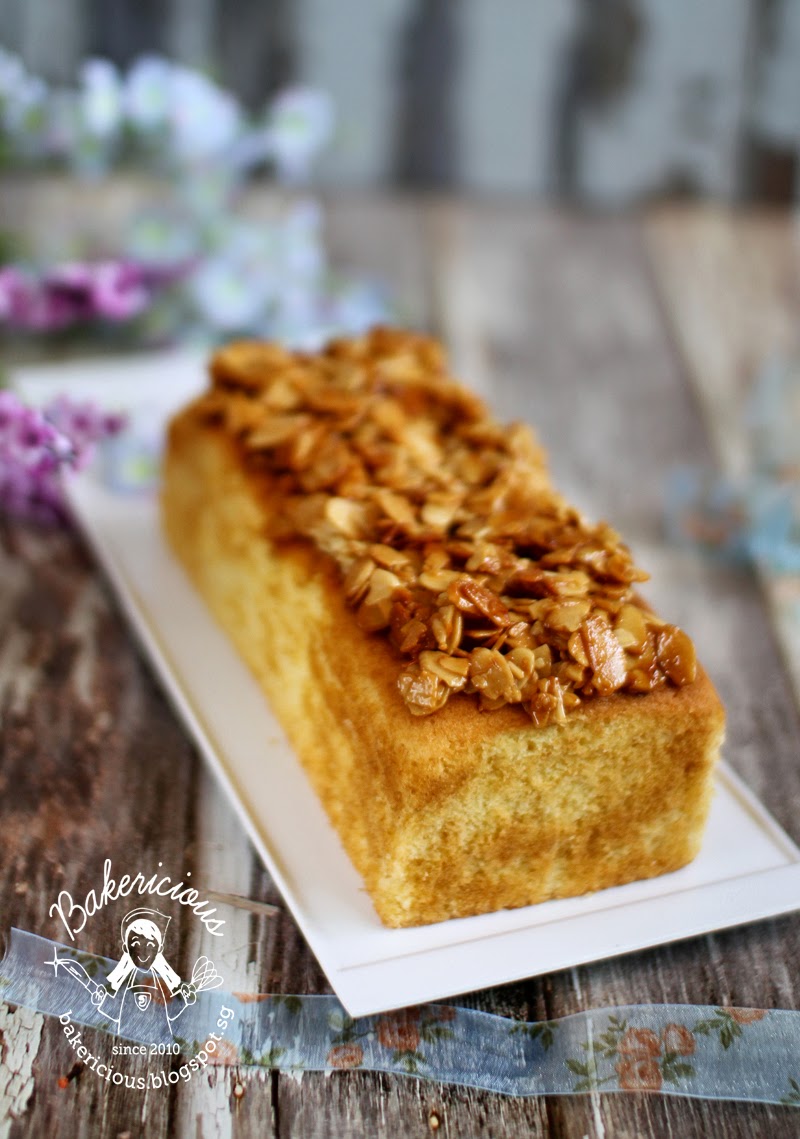 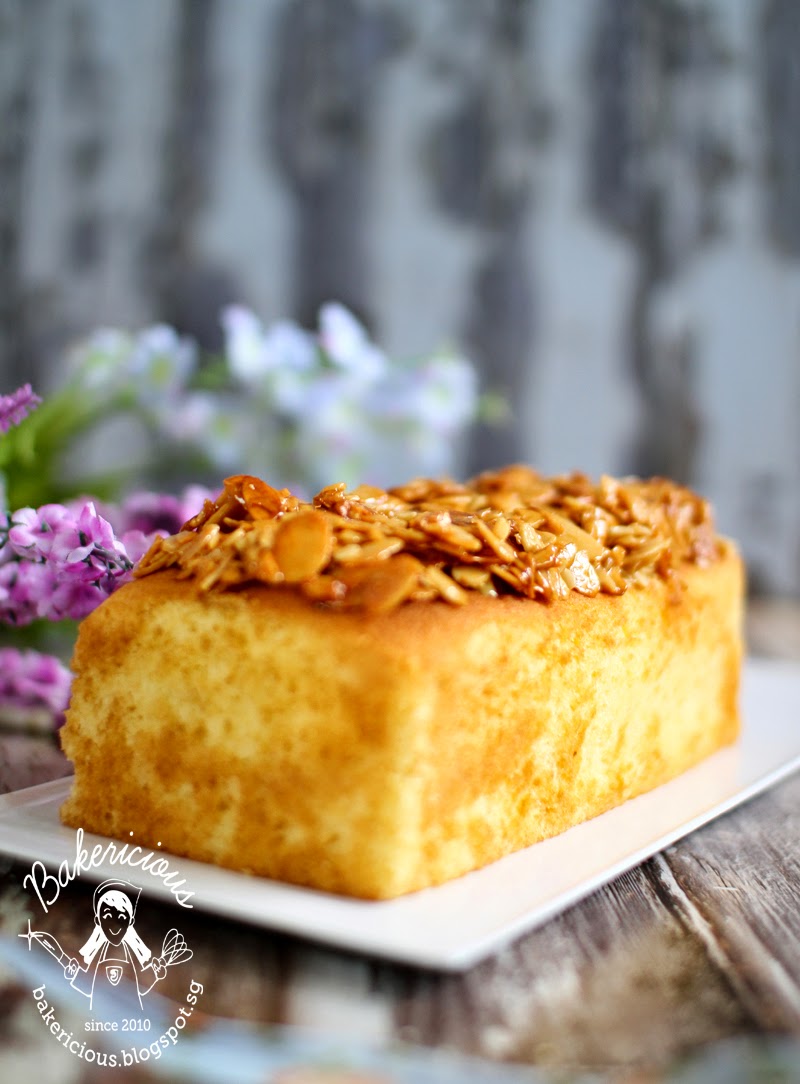 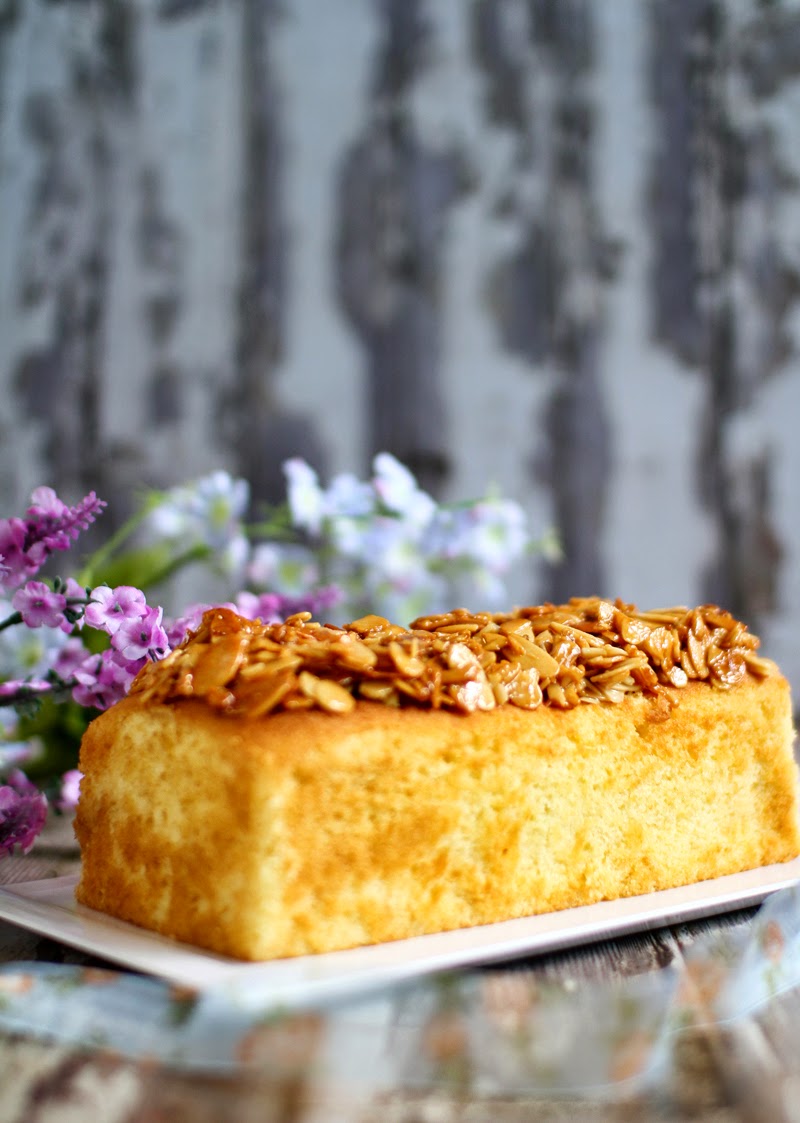 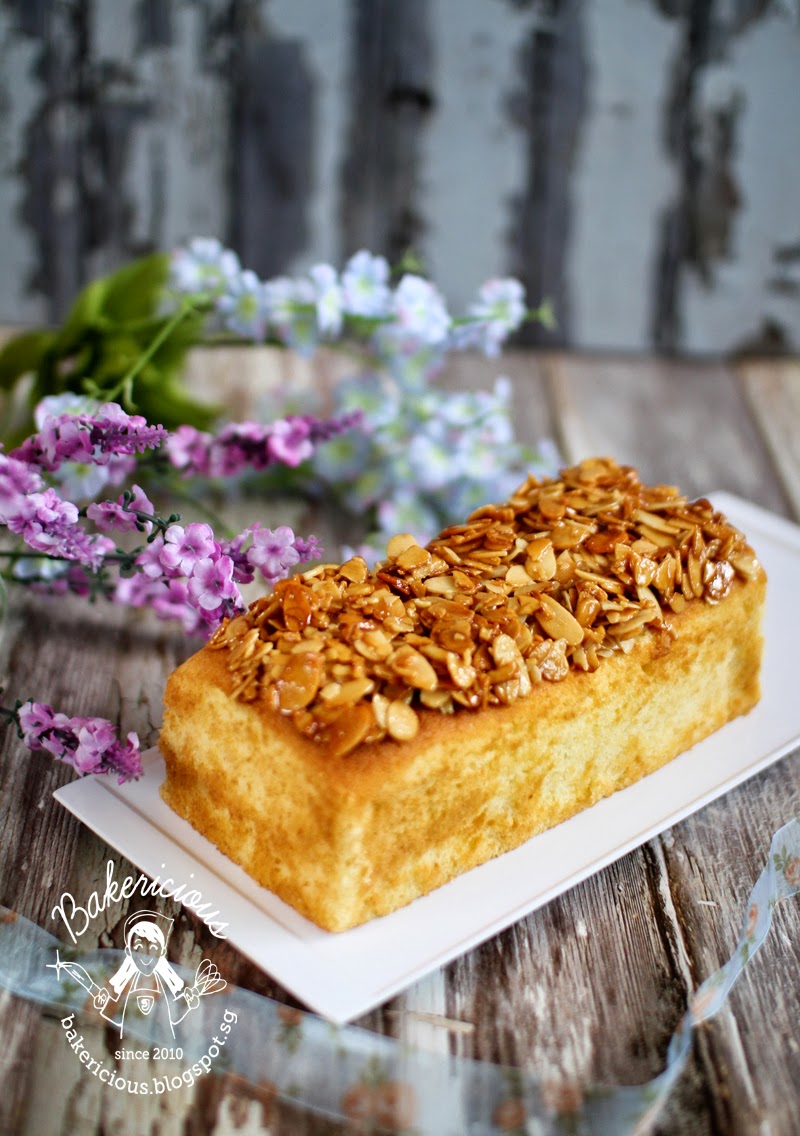 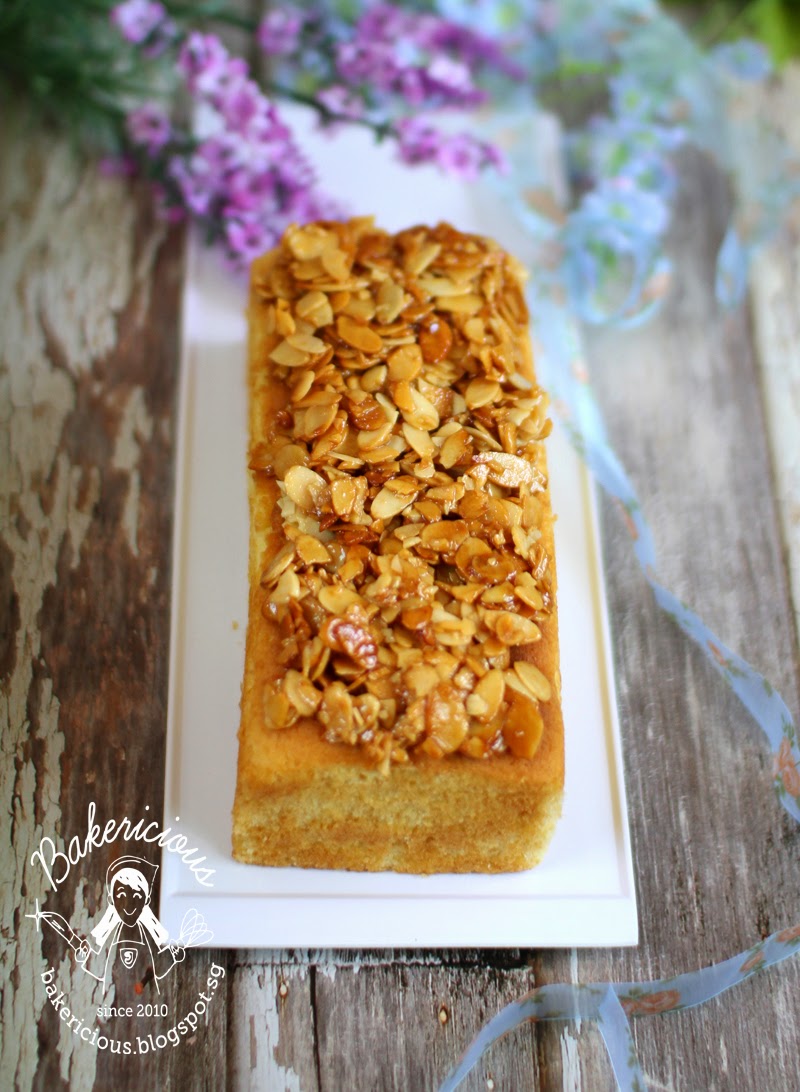 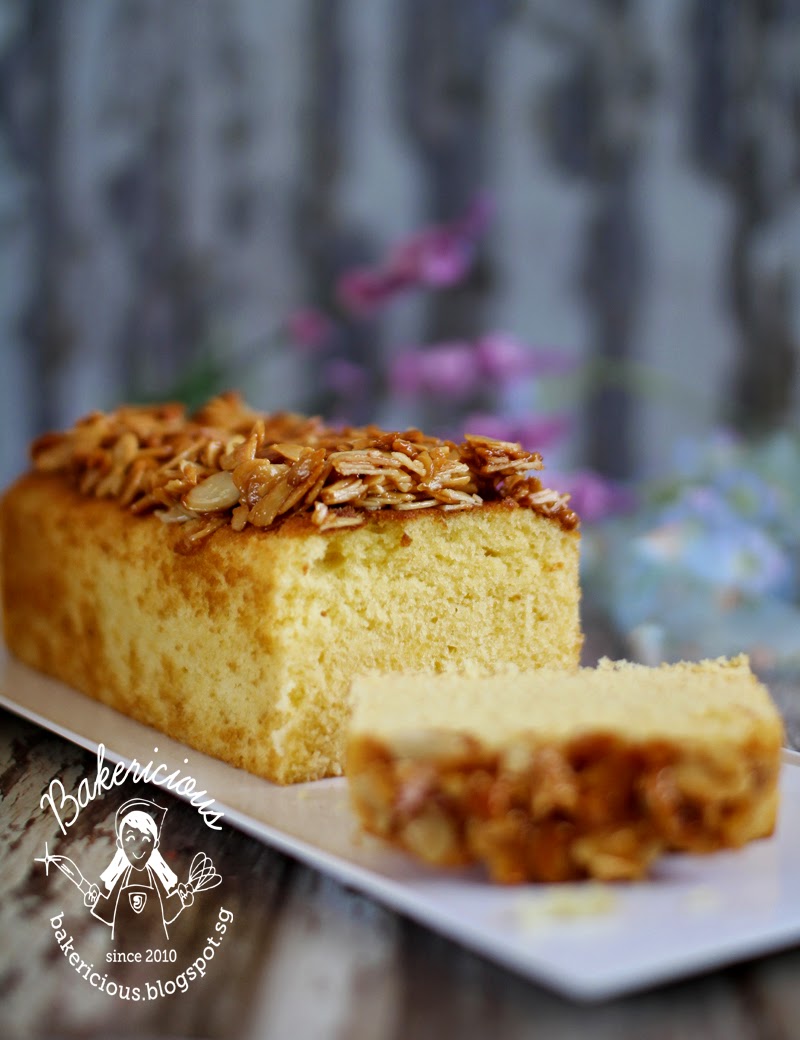 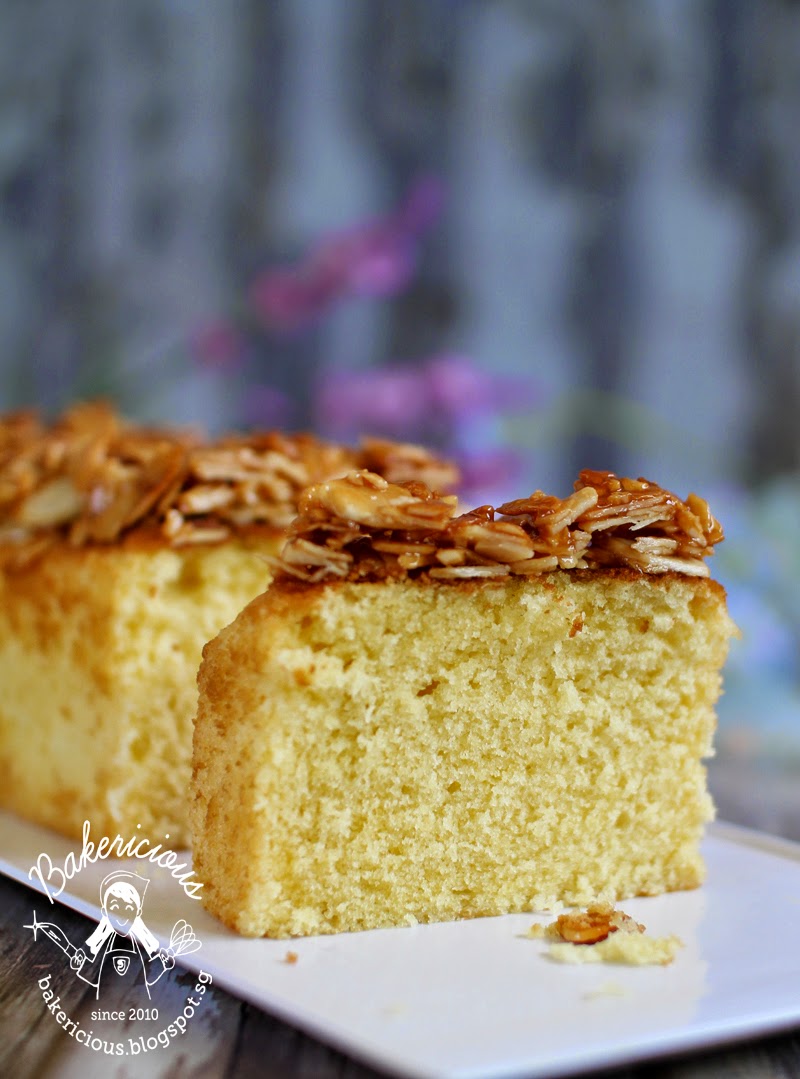 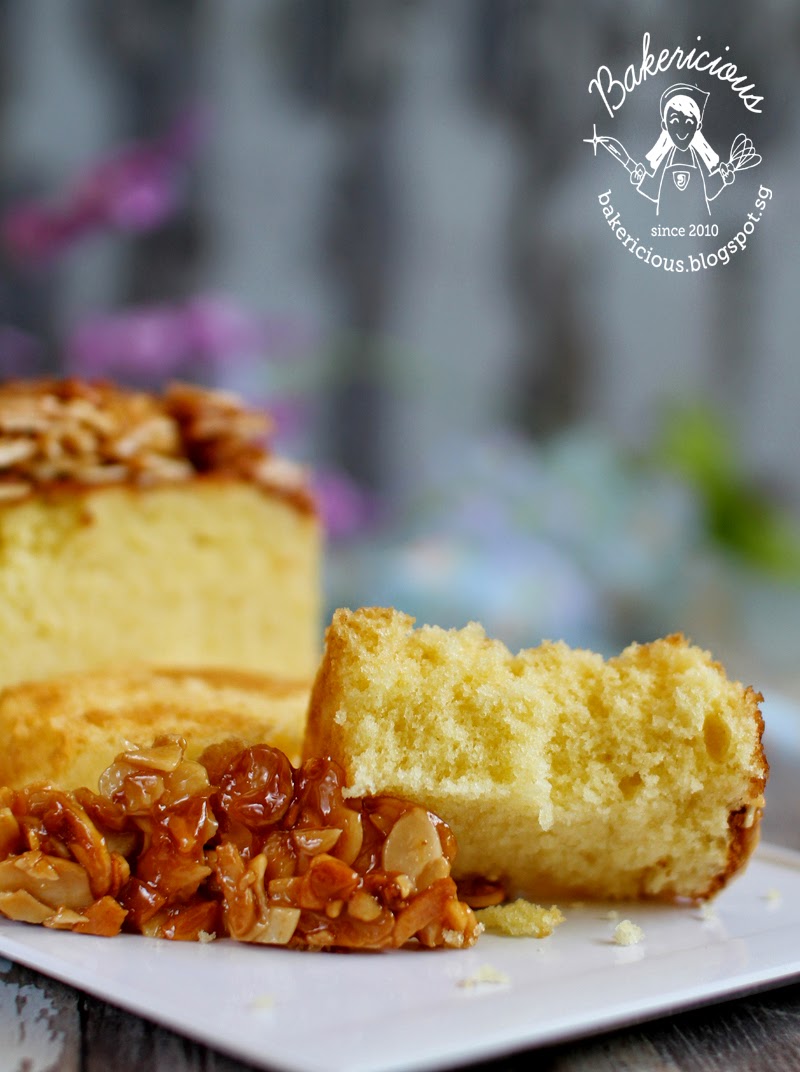 My oven has spoilt for nearly a month but I have no time to shop for one. When Fion asked me to join in the bake and post together event, I agreed. Although I dun have an oven now but my buddy which is neighbour of my mum, sure will welcome me to go her place to bake.

I decided to bake this 蜜糖杏仁片牛油蛋糕 from Karen's Kitchen which I had bookmarked for quite sometimes. I was so blur that I forgot to bring the bag of ingredients there, luckily my buddy's house has almost everything I need, except cake flour which she forgot to stock up. Thus I decided for the butter cake, I used my all time favourite which using self raising flour.

Recipe for butter from here and roasted honey almond crust from Karen's Kitchen.


1. Double boil the butter and honey until butter is melt.

Method :
1. Preheat oven at 180C. Line the base and grease the sides (greasing helps the cake’s sides to rise)
2. Separate the eggs, and place the whites into a medium sized bowl. Beat egg whites until soft peaks, gradually add 25g sugar and and beat until stiff. Set aside.
3. Cream butter and 65g sugar until pale and fluffy. Add in vanilla extract and and beat for a while. Put in egg yolks one by one and beat well after each addition.
4. Put in half the flour and mix on low speed until incorporated. Put in milk in 2 additions and mix until well incorporated. Mix in balance of flour.
5. Put half the egg whites in and mix on low speed. Pour the balance of egg whites in and FOLD.
6. Pour batter into pan and level. Bake for  about 20 mins.

7. Remove cake from oven and top with the honey almond crust mixture evenly over the cake and return the cake to the oven and bake until the almond are roasted to golden brown, about 8- 10 mins.

My method :
As I dun have an oven and I forgot to bring the almond slices to my buddy's house so I made the almond crust at home using toaster. I baked the cake for about 30 mins until skewer came out clean then I brought the cake home. I baked the almond mixture in the toaster for about 8-10 mins until the almond became golden brown, then scoop the roasted honey almond and spread on the top of the butter cake.


Verdict?
The cake is fine, soft, moist and fluffy, with the crunchy honey almond, it tasted super delicious. I let dear husband tasted a mouth, he asked for one whole slice and got my helper to make a cup of coffee to go with it. He kept praising the cake, he love the honey almond crust pair with the flavorful butter cake and rated 9.5/10. I am so regretted why I only baked a small cake lol. Definitely a keeper! 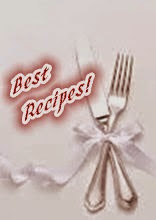 Best Recipes for Everyone ～ April 2015