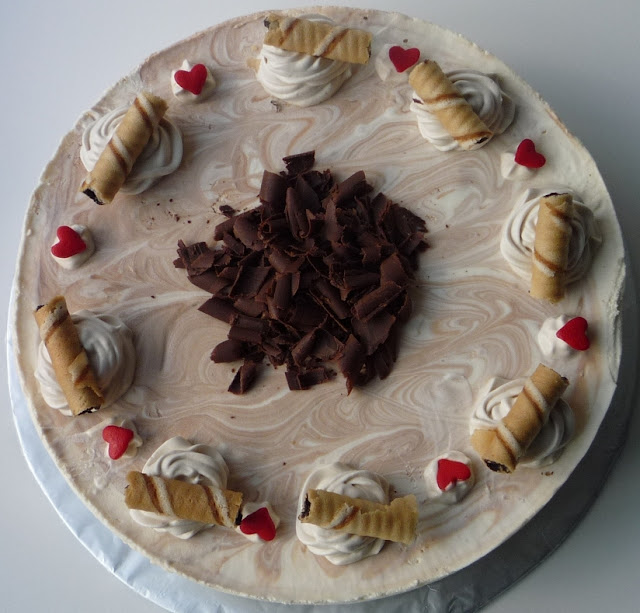 I let 2 closed colleagues to vote which cheesecake for my VP's birthday celebration, non bake mango cheesecake or non bake Rum & Raisins Cheesecake, both of them voted the latter.


My team had arranged a surprise party my VP and decided to do it in the afternoon since he will be in the office. However just after lunch, he carried his stuff and walked out office. I ran to him and double confirmed he will be back to office, he must be smelling fishy :P 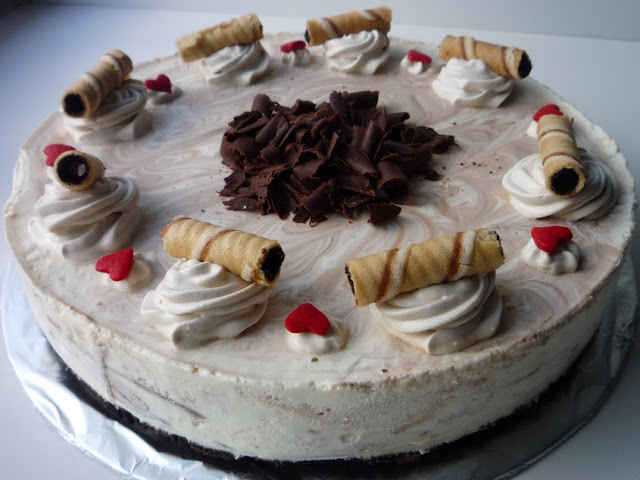 We waited and waited until 5pm, still no sign of him coming back. All of us were worried that he might not return to office and waste all our effort. Luckily he came back office at 5.15pm, my team asked all the staff and colleagus from Taiwan & Korea that came Spore for meeting to sneak into the meeting room and got colleague S to invite him in. 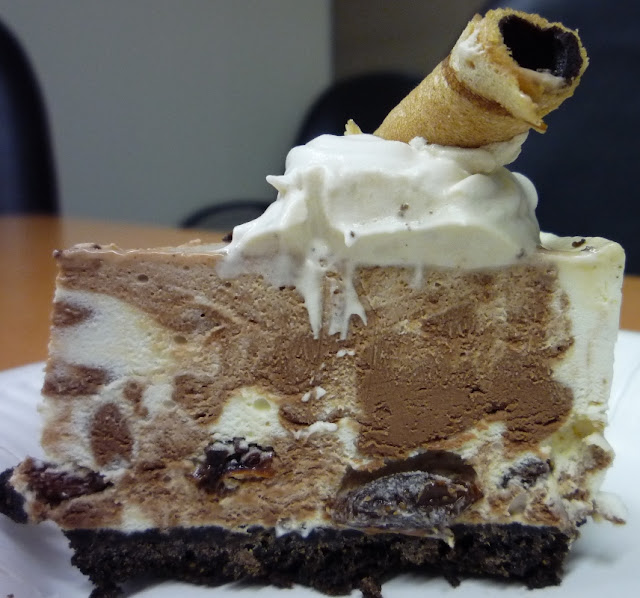 Method:
For base
combine crushed chocolate marie & oreo biscuits and butter together in a mixing bowl. With the back of a spoon, press and smooth evenly the biscuit crumbs onto the base of 9-inch springform pan. Chill in the fridge for at least 2 hour before you get on with the filling.

For Filling
1. Measure water into a bowl and sprinkle in the gelatin (without stirring with a spoon). Set aside to allow the gelatin grains to swell (10 mins) before setting the bowl over a pot of simmering hot water. Stir with a spoon and once the gelatin melts, remove the bowl from the pot and set aside to cool to room temperature.
2. Melt butter and chocolate in a bowl over a pot of simmering hot water
3. In your mixer, whip cream till stiff peaks form, chill.
4. In a mixer (no need to wash after whipping cream) , cream the cheese and sugar on high speed till smooth, beat in lemon juice and vanilla and follow by gelatine mixture.
5. Fold in whipped cream and mix well.
6. Remove tin from fridge and pour about 1/4 of batter into chocolate mixture, stir to mix.
7. Mix in rum & raisins with white batter.
8. Pour about half of white batter into tin, add 3/4 of chocolate batter, swirl to combine.
9. Add other half of white batter, top with remaining chocolate batter, swirling to marble patterns.
10. Freeze overnight.
11. To serve, run a knife along the sides of the cake, unmould, and slice.

Use mixer to whip both ingredients in high speed until stiff.

I used only half of the whipped cream for pipping the rosettes.

Verdict?
Everyone commented that the cake is yummy including the birthday man and colleagues from Taiwan and Korea, they were surprised that the cake was made by me. I was touching cos colleague S who dun touch any food with liquor consumed the cake and said is delicious, one of the best cake from me. :)
Posted by Bakericious at 7:00 AM