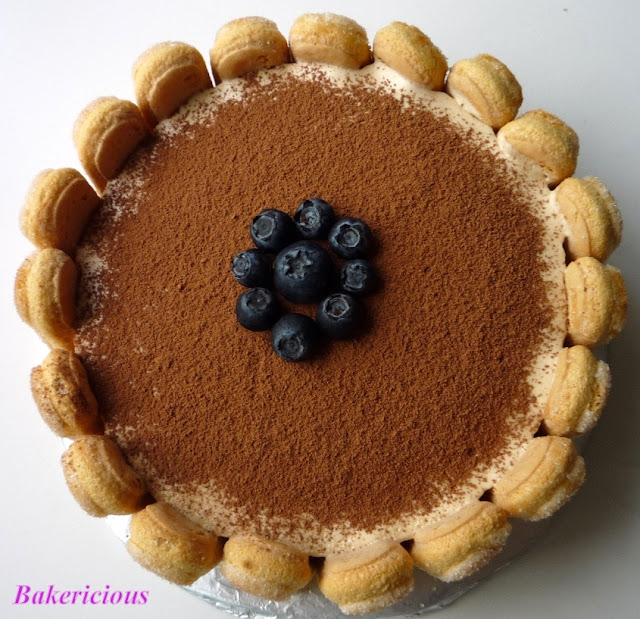 I was so busy this week that I didn't manage to post this up earlier. Well I admit I was lazy too, I have no issue of writting the post but the transferring, selecting, editing and uploading of photos caused the delayed.

When I made the Dulce de Leche, I had set my mind to make this cake for Father's Day. I baked the sponge cake on Friday night and assembled the cake on Saturday night.

I was quite afraid initially cos I have no confidence on baking sponge cake since my folding of batter still sucks. I even considered to use my all-time favourite chocolate sponge cake recipe instead so that I can ensure the success. However, I dropped the idea at the end and went ahead with the cinnamon sponge cake. I told myself I have to overcome my phobia and try other recipe, practise more until I have no problem with sponge cake. 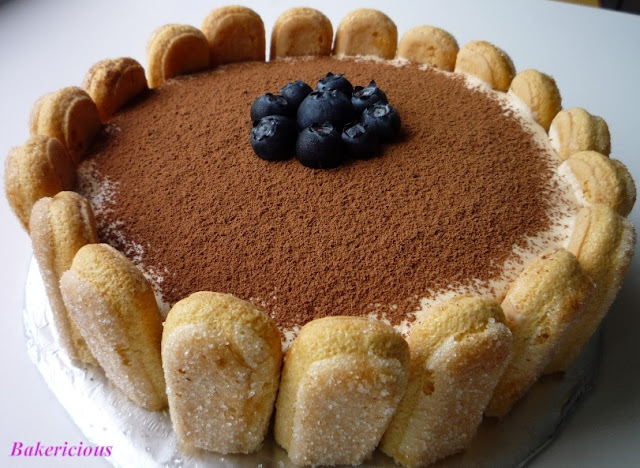 Everything went smoothly when baking the sponge cake but not when preparing the Dulce de Leche cream the next day, I guess is true that is not a good time to make a cake when not feeling well. I was actually having headache since afternoon but I still have to finish the part II of cake making. I started making the DDL cream at 11pm+ after I came back from my mum's place for the weekly visit.


I am not sure what and where went wrong, I was not able to beat the cream till stiff. I followed the instruction of adding the gelatin to the cream after the soft peak. However, after about 10 mins (or longer? I am not sure since I didn't monitor the time, just felt the beating seem very long) of beating the cream didn't reach stiff stage but turned a bit watery instead. I beat for another few mins but the cream became more watery that I was so afraid the same incident will occur, the cream will be curdled like my previous experience so I stopped the beating. 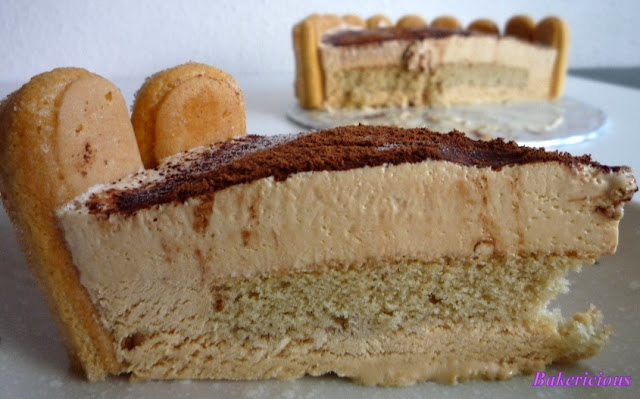 I kept thinking what should I do, at the end I decided to make it a mousse cake instead. Thus I placed 1 slice of the sponge cake which I had sliced into 3 earlier into the cake pan. I divided the cream into 3 portion and pour 1 portion onto the cake pan and sent in to the fridge to let it set. While waiting for it to set, I suddenly worried that the gelatin is not sufficient for mousse to set since is only 2/3 tsp so I boiled another 1 tsp gelatin powder and added into the remaining cream.


When I brought out the cake pan from the fridge after 1/2 hr, placed in 2nd slice of sponge cake and pour in the 2nd portion of cream, I realised that the cake pan is not able to accomodate for 3 portion of cream :( so I just went ahead to freeze the 2 layer cake. Stupid me forgot about my earlier worried of the cake not able to set due to insufficient gelatin until the next day when I wanna deco the cake. The top layer of mousse was set nicely but the bottom layer was so soft and started to melt even just out from freezer for awhile. I nearly wanna scream out why I am so suay (unlucky in dialect)!

What should I do? I have 2 choices, one was to discard this failed cake and re-bake another one which I have no engery to do that. 2nd choice was to out source, purchase from the store which I am not so willing. Hey, everyone know I am making the cake and at the end, the cake become store-bought, no face right? :p. I decided to try to salvage the situation by removing the bottom layer away and just use the top layer of the cake. I managed to get it done although was not easy and it yield a short and uneven cake :(. I cracked my brain to think of how to cover the flaw of the cake and I was lucky enough that I have sponge fingers to cover the side of the cake, I dusted the top with cocoa powder and deco with some blueberries. 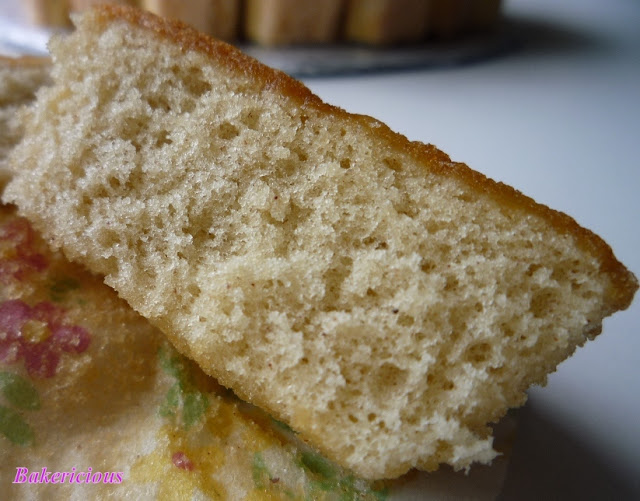 This is not a perfect cake but at least I had tried my best, dear husband appreciated a lot :).

Recipe from Technicolor Kitchen through A Table for Two or more with some modification.

Method :
1. Preheat oven at 180C and line the bottom of the cake pan with baking paper.
2. In a large heatproof bowl, beat the eggs lightly.
3. Gradually whisk in the brown sugar.
4. Set over a pot of barely simmering water and whisk constantly until the brown sugar dissolves and the mixture warms to body temperature.
5. Remove from the heat and, with an electric mixer, beat on medium speed until the mixture holds slowly dissolving ribbons when the beaters are lifted.
6. Put the flour and cinnamon in a sifter and sift about 1/3 over the top of the eggs. Gently fold in with a large metal spoon. Repeat 2 more times with the remaining flour, folding only until mixed, with no trace of flour.
7. Mix vanilla with butter. Take a few table spoons of batter and put into the butter mixture. Stir to combine, no need to be gentle.
8. Pour the butter batter to the flour batter and fold with a rubber spatula, taking care not to deflate the batter or to leave pockets of butter not folded in.
9. Pour into prepared pan and once the pan goes into the oven, close the door and adjust temperature to 160C. Bake for 30-35 minutes or until done.
7. Remove the cake from oven and let it cool completely in the pan. Run a blunt knife around the edge of the cake to release it from the pan. Turn out onto a wire rack and carefully peel off the paper.

1. Double boil gelatin and water until melted. Or u can use microwave. Leave to cool.
2. Put dulce de leche into mixing bowl and put in a bit of cream. On low speed, mix to combine, adding more gradually. When all the whipping cream has been added in, turn to high speed and beat until soft peaks.

Verdict?
The cake is rich and creamy with strong taste of DDL, very yummy although too sweet for me, must be due to the increased of DLL :p. The cake tasted like ice cream since I freezed it, of course it can't beat Haagen Daz DDL ice cream but is already good enough for my family. Everyone gave compliments on the cake and Dear husband said it tasted like cheesecake, my sister and dear daughter loves the cake. Definately a keeper.
Posted by Bakericious at 11:37 AM