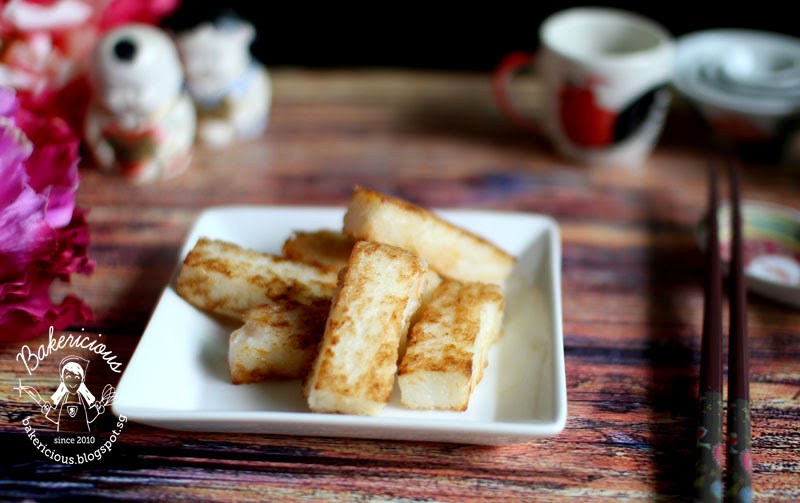 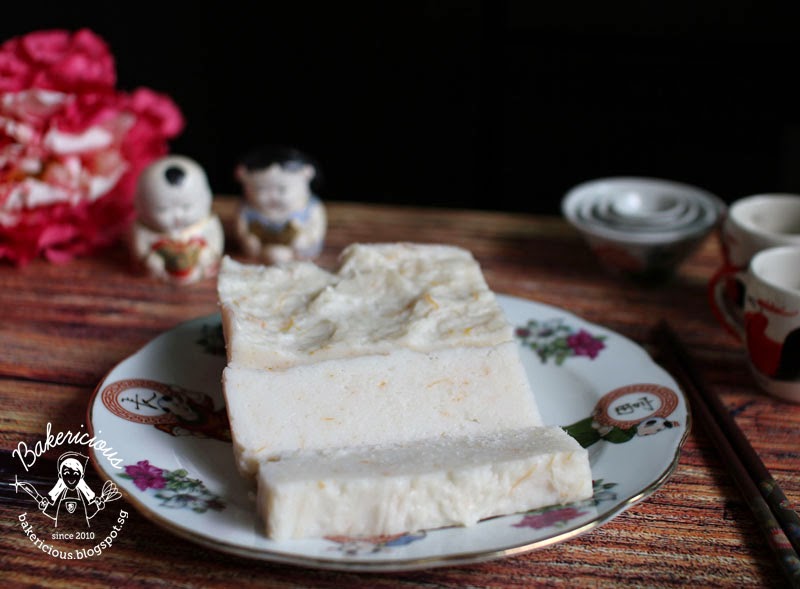 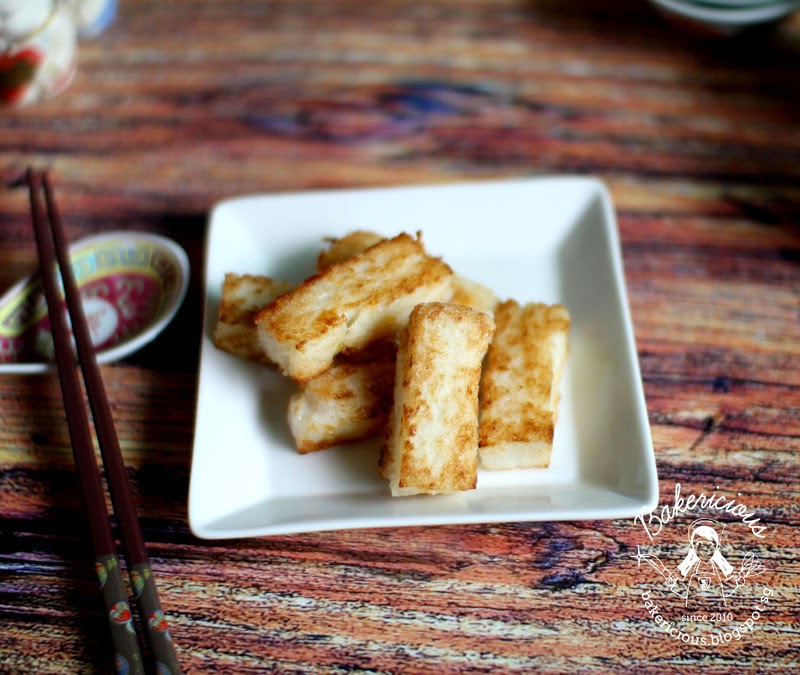 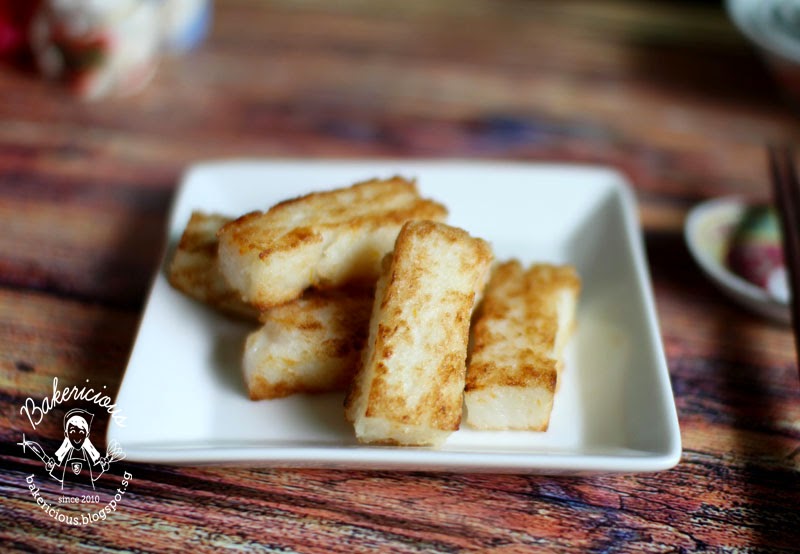 I am so tire now, didn't sleep last night due to dear son. Last night he got rashes suddenly, he was so itchy 't that kept scratching, he can't really sleep well due to the itchiness too and that caused him double frustrated. I need to pacify him, need to apply aloe vera gel for him, need to scratch for him until he fell asleep. And this cycle kept repeating a few times until dawn, rushed to bring him to consult doctor. Hope after medication, he will feel better today.


I always wanna make Chinese dim sum, more for my family as they are kind of "tire" of my cakes lol. Although I have more confidence and preference on western style of snacks but sometimes I have to make something to suit my family taste as well heeheehee.

Method:
1.    Toss grated radish with salt, leave aside for 20 minutes. Squeeze out excess water from grated radish. (I really squeezed hard and pressed all the water out which I think I had over do it ;P)
2.    In a wok, boil 400g water, add radish and cook for 5 minutes at medium low fire.
3.    In a large bowl, mix (B) ingredients together and stir mixture well till smooth. Gradually pour mixture into the radish.
4.    Stir mixture until it becomes thick paste until low flame. Stirring constantly to prevent mixture get burnt.
5.    Pour radish mixture into prepared cake tin and steam at high flame for 1 hour.
6.    Leave radish cake to cool before slicing.
7.    Pan fry the sliced radish cake to golden brown with some dusted rice flour on both sides. Serve immediately with some chili sauce.

Verdict?
Due to my over squeezed of the juice out from the grated radish, My Mil commented that the radish taste is not strong which not suppose to be as I put in so much radish. On top of that, the radish is a bit hard so MIL said I squeezed out too much water from the radish that result the mild taste of radish and also caused the radish cake a bit hard, and probably due to my over steamed as well. As my family are those strong taste kind of person so this steamed radish cake to them is a bit blend but they are ok with the fried version, especially both of helpers actually love to eat with lots of chili sauce.

I am submitting this post to Asian Food Fest, Taiwan Month,
hosted by Allan of Travelling Foodies.